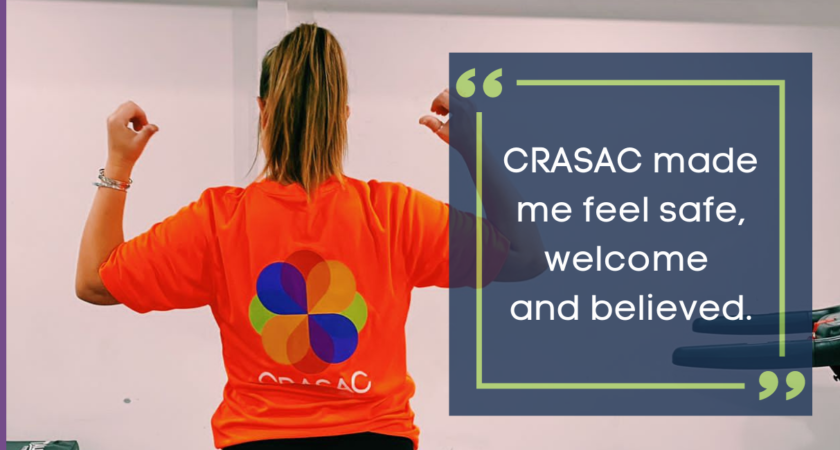 A Coventry sexual abuse survivor will be running 100 kilometers over ten days to mark the tenth anniversary of her assault – and fundraise for the charity who helped her recovery.

Stacey Watts was sexually assaulted in her sleep in 2010 and was supported through the court case and successful conviction by the Coventry Rape & Sexual Abuse Centre (CRASAC).

CRASAC is a rape crisis centre which provides specialist helpline, counselling and advocacy support services to all those who have been affected by rape or sexual violence at any time in their lives.

The charity aims to address the trauma and injustice of abuse by giving victims and survivors a voice.

Stacey will be starting her first 10K run on Thursday 21st October and then running an additional 10K every day until Saturday 30th October.  She will then join the team of forty runners taking part CRASAC’s 40th anniversary fundraising run as part of the Coventry 5K on Sunday 31st October.

“The recovery from my assault has been a long one, and although it’s been ten years since the abuse, it’s still something I think about daily.

“Luckily, I was supported by CRASAC, an amazing charity who made me feel safe, welcomed and believed.

“I never really said thank you to team at CRASAC who help so many survivors through difficult times so this is my way of showing my appreciation and giving something back.”

“A huge thanks to Stacey for her commitment and dedication by taking on this challenge for CRASAC. For survivors like Stacey and all our clients, it’s a difficult and painful journey. I hope the support that organisations such as ours offer can provide the help needed on their path to recovery.”

Stacey’s fundraising page can be found at: Stacey’s 10×10 for CRASAC