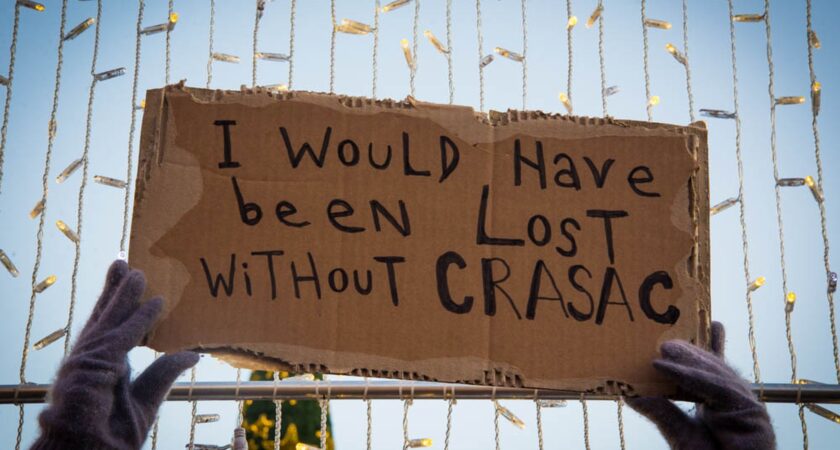 Coventry Rape and Sexual Abuse Centre (CRASAC) is one of the 10 winners of the 2017 GSK IMPACT Award, a national award run with The King’s Fund that recognises excellence in charities improving health and wellbeing in their communities. The charity beat more than 400 organisations from all over the UK and has received £30,000 funding as part of the prize.

CRASAC works to improve the psychological health and wellbeing of anyone affected by sexual violence, no matter when or how it happened. It runs a helpline, counselling, and crisis intervention services for victims and also provides information and support for parents, partners, and professionals. Last year the charity helped more than 8,500 women, men, and children through its services.
​
Lisa Weaks, Head of Third Sector at The King’s Fund, said: “CRASAC provides crucial support to those affected by rape and sexual abuse in Coventry. Many of these victims and survivors are extremely vulnerable and can develop severe health and care needs as a result of what they’ve been through if they’re not supported.

“CRASAC is clearly committed to improving the wellbeing of all survivors of sexual violence and the work it undertook among the local South Asian community was pioneering. It’s a worthy winner of a GSK IMPACT Award.”

Dianne Whitfield, former Chief Executive of Coventry Rape and Sexual Abuse Centre, said: “At CRASAC we know that there is no typical survivor of sexual violence – each will have their own particular needs and this is why we treat everyone who comes to us for support as an individual. Rape and sexual abuse can have a huge impact on the psychological and physical health of victims and survivors, but our specialist support can support them to address their health and wellbeing issues and prevent long-term conditions from developing.

“It’s a great honour to win a GSK IMPACT Award. This is testament to the hard work of all our staff and volunteers. We also hope it helps to highlight the impact that sexual violence has on people and raises awareness of the specialist support they need.”

CRASAC will receive its prize at a ceremony held at the Science Museum in London on Thursday 18 May 2017, along with nine other GSK IMPACT Award winners.

Further information about the GSK IMPACT Awards can be found at www.uk.gsk.com/gskimpactawards