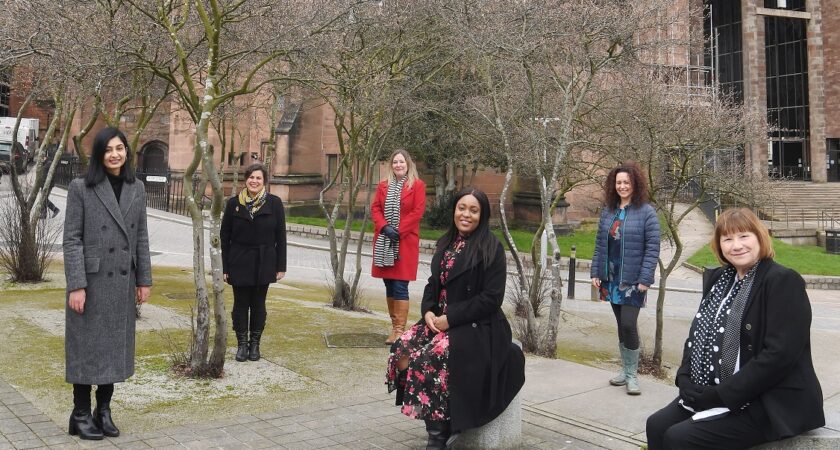 Coventry MPs have united in their support for the city’s rape charity on International Women’s Day.

Coventry’s female MPs Zarah Sultana, Colleen Fletcher and Taiwo Owatemi have demonstrated support for the work of the Coventry Rape and Sexual Abuse Centre (CRASAC) as it challenges the stigma around sexual violence,  justice and underfunded services to support victims of rape and sexual abuse.

This comes as the charity has seen the number of people on its waiting list rise to more than 400, some of who may be forced to wait over 12 months for the vital support they need.

CRASAC has now spoken out on International Women’s Day, which this year has a theme of #ChoosetoChallenge, to campaign for more funding to provide support to the victims of rape and sexual abuse.

It is also looking to change the stigma around talking about sexual violence and challenge the criminal justice system as while rape reporting has increased, prosecutions have fallen to a record low.

The charity, which is this year marking its 40th anniversary after supporting more than 76,000 people, will be working closely with the city’s MPs in a bid to raise awareness of these issues and make it known that more needs to be done.

Taiwo Owatemi, MP for Coventry North West, said: “Services for survivors of rape and sexual violence have faced brutal funding cuts for years and it is clear this needs to change.

“To hear that, due to government underfunding, CRASAC has a waiting list of more than 400 people is unacceptable, and although our local authorities are doing all they can, I would call on central government to provide more funding for charities that are providing these essential services.

“More also needs to be done to tackle the stigma around speaking about sexual violence, and it is important that our justice system makes those who do report rape or sexual violence feel supported and listened to.”

Colleen Fletcher, MP for Coventry North East, said: “CRASAC is providing vital local services for survivors of rape and sexual violence and I feel privileged to have supported the centre over a number of years.

“I know that funding issues are always difficult, yet this is not a service that we can afford to underfund in a fair and decent society. We need to ensure that victims feel able to come forward in the sure and certain knowledge that they will be supported through the justice system.”

Zarah Sultana, MP for Coventry South, added: “For 40 years Coventry Rape and Sexual Abuse Centre has been providing invaluable support for women and survivors of sexual abuse in our city, but government underfunding has meant that while demand for CRASAC’s services has risen, their waiting list has grown.

“This International Women’s Day is an important opportunity to highlight this disgraceful government underfunding, the failure to bring perpetrators of sexual violence to justice, and the ongoing stigma around sexual abuse.

“Sexual violence is an injustice that we must banish to the past. Through investing in services like CRASAC and in challenging behaviours that tolerate sexual abuse, we can give survivors the support they deserve.”

Natalie Thompson, CEO of CRASAC, said: “As CRASAC enters its 40th year it is crucial we get the funding we need to meet the increasing demand for our services.

“Although those on our waiting list receive regular check-in calls from emotional support workers, we would argue that this is not enough.

“More needs to be done to ensure that frontline organisations such as CRASAC are able to provide the quality of support that victims and survivors deserve, and we will be working with our MPs to challenge this.

“The funding not only supports CRASAC’s counselling and specialist helpline services, but also our crisis and advocacy service which provides support to victims navigating the criminal justice system – something hugely important given that statistics show that rape prosecutions have fallen to an all-time low.

“We have a team of accredited Independent Sexual Violence Advisors (ISVA) to support when police reporting or going to court, with no waiting list for this service.

“With statistics demonstrating that the drop-out rate of cases going to court decreases from 80 per cent to just three or four per cent when an ISVA is providing support, it is clear that these services are vital for victims and survivors.

“This International Women’s Day we are challenging the lack of funding in the sector and the criminal justice system, which could be seen to be failing victims. We also want to wipe out the stigma around talking about sexual violence so even more survivors feel comfortable to come forward.”

CRASAC has launched a fundraising drive in a bid to raise £40,000 to mark its 40th anniversary. Further details on how individuals or groups can support the charity can be found by emailing fundraising@crasac.org.uk

Anyone who has experienced rape or sexual violence at anytime in their life and would like a confidential discussion can contact CRASAC’s helpline on 024 7627 7777.